Caitlin is a 38-year-old businesswoman who considers herself pretty ambitious.

This post is based on an interview we conducted with Caitlin in August 2018.

This is the beginning of Real Money Talk, our series where we interview Australians from all walks of life about their personal finances. The views expressed are those of the interviewees, based on their experiences with money, and as such are not necessarily representative of Spaceship's views.

We have changed the name of the interviewee for their privacy.

We have a tiny daughter. She’s about 9 months old.

What is your current net worth?

My current net worth is around $3.9 million.

Do you have debt?

We also use credit cards with limits of around $10,000 on each. My husband is way more comfortable with credit cards than I am.

I had a shocking experience with them when I was about 22. I racked up like $7,000 on stupid, stupid stuff. I couldn’t even tell you what on. And that amount of debt - when I was earning like $300 a week - made me feel so sick. That was really traumatic actually.

It took me two years to pay it off. What’s funny is I had friends at the time doing the same thing, just blowing credit on whatever they wanted, and I’m sure they didn’t pay it off. I’d be interested to know if they still have credit card debt from back then.

How did you accumulate your net worth?

I run another two hairdressing businesses now, and will open a third one in the next couple of months.

I also randomly made a fragrance with some friends and sold that to an international homewares company a few years ago. Life is weird.

I also had several high-paying jobs in my late twenties so managed to accumulate a fair bit of money.

I come from a Lebanese family with pretty strict Catholic ideals. So we were taught early on about living modestly and putting a bit of savings away every pay cheque.

I wish there had been something like Spaceship Voyager when I was 20. Imagine what my balance would look like if I’d been investing my tiny bit of savings in the share market instead of into a savings account.

Tell us a bit about your career:

I started out in marketing and worked for some enormous brands like TM Lewin, RM Williams, Colgate and Nike.

I was always really career focused; a lot of young people identify a lot with their jobs. The way “successful” is pitched to us is, you are what you do. What you contribute in the jobs market is how you contribute to our society as a whole.

That’s not true, but when you’re younger it’s hard to see it any other way. Some of us are competitive, and that’s great. But we get pitted against each other in these weird corporate environments.

Peter Thiel nails it in his 'Zero to One" book:

“Elite students climb confidently until they reach a level of competition sufficiently intense to beat their dreams out of them. Higher education is the place where people who had big plans in high school get stuck in fierce rivalries with equally smart peers over conventional careers like management consulting and investment banking.

For the privilege of being turned into conformists, students (or their families) pay hundreds of thousands of dollars in skyrocketing tuition that continues to outpace inflation. Why are we doing this to ourselves?”

I worked in this corporate environment for about ten years, being a happy little Vegemite on the outside, but really wanting to burn the place down. When you’re a smart female, you slot into these roles that are not actually very mobile.

I worked in these corporate jobs, putting together campaigns and having all the fun creative juices beaten out of my team by nervous compliance lawyers, until I sort of cracked it and decided to go overseas.

Very inconveniently I fell in love at that time. Or so that’s what I thought then! I was a reluctant partner for quite a while! It took me longer to mature into the idea that having a partner is wonderful and empowering. Single Independent Female is a hard mantra to break.

After life stuff happened for a while, I came back to Sydney, taught myself barbering and opened a barber shop.

Without a doubt, it is the most thrilling and lucrative thing I’ve ever done. I make more money now than I would have still at RM Williams. Even if I was a big-time executive, probably.

I basically wanted to run my own business so I made one. I used all the skills I had built up over the years and put them to work in a way I wanted to. There was so much stuff I didn’t even know I knew how to do! All of a sudden I’m making these decisions quite naturally and that shocked me.

That said, I was learning new stuff every day and sweet talking people and band-aiding things together. It was an absolute riot.

I will say this though, I was really fortunate to have been a bit smart when I was young and had built up about $50,000 that was my buffer. If the barber shop flopped, then I wouldn’t have to move back to my parents or something.

I don’t know who will read this, but setting aside something for yourself if you’re young will give you freedom when you’re a bit older. Like exercising, it’s a great habit to get into. Don’t assume you’ll suddenly have this fantastic job when you’re older with heaps of money. I look around me and I still have friends kind of waiting for that to happen.

What are the numbers?

We run the businesses together and he actually has a few fitness studio businesses in different cities.

It’s a lot of fun being the master of your own ship.

We employ probably around 15 people in each business and each one turns over around $2 million a year.

Do you have a side hustle?

Are you kidding? My whole life is a hustle. But if you've got the opportunity to earn extra money, I always reckon you should do it.

Are you the main breadwinner?

Yes. But all of our stuff is our stuff and we split it down the middle.

What are the future plans?

When it comes to money, I’m pretty ambitious. Like, how big can this business thing get?

We’ve got a daughter and childcare is expensive. So that’s probably going to put a dint in the money situation in a few years. If women are reading this, starting your own business is really challenging but it does mean you can organise your own hours and hang out with your family properly.

Actually, the very fact that I find childcare expensive and I am firmly in the richer end of things, says a lot about the priorities of family policy at the moment.

I don’t want to get too political - but read Rick Morton’s "100 Years Of Dirt" - if you want to get some perspective about Australian inequality and how people outside of the lush cities live and how the system doesn’t work for them. Even on the fringes of the cities.

Also probably worth reading "Affluenza: When Too Much is Never Enough" by Clive Hamilton. It’s about Australian consumer habits.

I love expensive things, for sure. But I don't just lash out and indulge in retail therapy for no reason any more and I don't buy bad quality things.

Kick the consumer habit early and you’ll probably always be in the money. My husband got me on to both those books and they are principles we live by.

What percentage of your gross income do you save?

We saved around 30% of our income last year. That money gets split out into investments and paying off our liabilities.

We’ve been trying to hit that rate ever since we got married - about 10 years ago.

What do you spend most of your money on?

We try and go on one big trip a year, let’s say that wipes out $25,000. Not sure if we will keep doing that now we have our daughter because she might not be up for it yet.

We are going to need to buy a bigger house soon. We live in an apartment in Sydney’s CBD but it’s just not going to be enough space soon.

Romantically, I wouldn’t mind moving out of the city. But we’ve just built all these businesses and they can’t run without us yet, so we’re here for a while.

My parents always told me, buy a house when you need it. That way the property market will only ever really stress you out at those times!

At the time, I thought that was great! But really, managing the thing and all the body corporate stuff that came it wasn’t worth...what’s that...about a one year minimum salary for three years work?

I’m pretty happy with our current lifestyle and don’t really feel like increasing it.

What are your main investments?

We have investments in exchange traded funds (ETFs) and managed funds; I try and get as much exposure to international shares as possible.

Probably about one third of our wealth is invested in the share market now.

We also have superannuation accounts - and we’ve just switched some to you guys actually!

For a while I went on a rampage of putting money into my superannuation. About two years before I quit the corporate world I began putting as much as I could into super. Because I knew that an exit from a reliable salary was on the horizon (took me a while to actually get the guts to quit), I was really worried about things.

What are your future investment plans?

It’s possible we might start another business doing something different at one point. So we’ll invest a fair amount in that.

In terms of share investing, I’d really like to learn how to individually manage our investments. But I’m also of the believer that we’re not good at everything. So, it’s probably not a great idea to begin picking shares or something. There are people who go all day every day reading through company reports. What are the odds of me being able to out manoeuvre them?

But then again, I don't reckon it could be that hard. 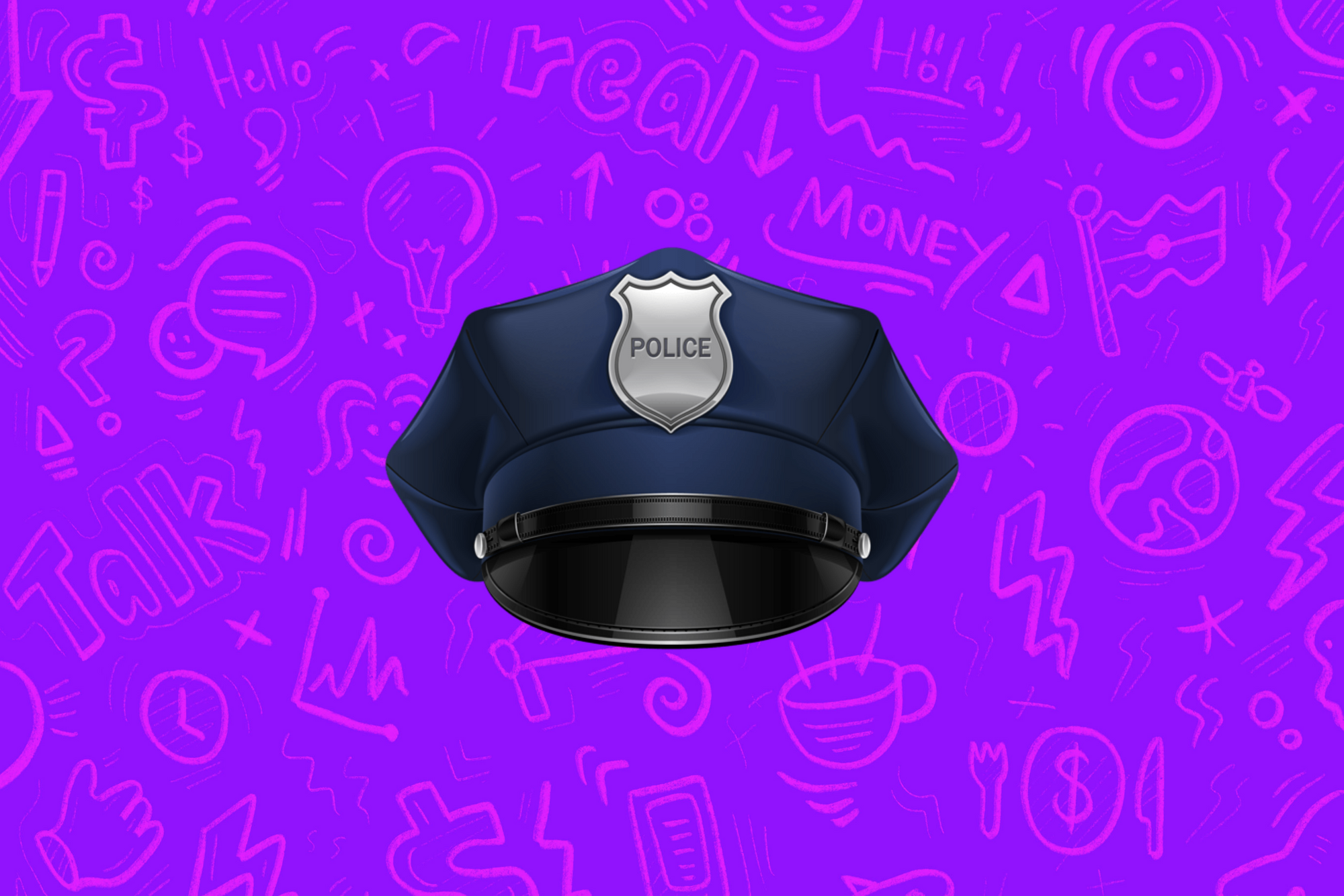